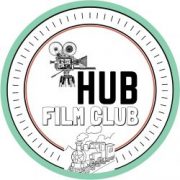 Please download a copy of our 2020 programme for off-line reference. Here is the exciting line-up of 2020 films listed in alphabetical order:

Award-winning director Damon Gameau embarks on a journey to explore what the future would look like by the year 2040 if we simply embraced the best solutions to the climate crisis already available to us and shifted them into the mainstream. Structured as a visual letter to his 4-year-old daughter, Gameau blends traditional documentary footage with dramatized sequences and high-end visual effects to create a positive vision of what the planet could look like in 2040 when his daughter will be 25. From micro-grid renewable energy in Bangladesh, to farmers switching to regenerative agricultural methods, to marine permaculture that could solve our food insecurity woes, it is an exercise in “fact-based dreaming” – and it shows that in many cases, action is being led from the ground up. Jury Award, Adelaide Youth Film Festival.

A film about people, rivers, and the fight for the future of wild fish and the environment that supports them. The film looks at the high cost – ecological, financial, and cultural – of our mistaken belief that engineered solutions can make up for habitat destruction. Artifishal explores a variety of important issues including wild salmon’s slide toward extinction and threats posed by fish farms. It challenges us to rethink our views on fish hatcheries and our continued loss of faith in nature.

Some grapple with the challenge of treating other human beings decently. Others are just… assholes, claims Professor Aaron James in his New York Times bestselling book of the same name. This intellectually provocative film takes a playful approach to uncovering why asshole behaviour is on the rise in the workplace, in government, and at home.  Lively commentary is provided by actor John Cleese, former Canadian police officer Sherry Lee Benson-Podolchuk, Italian LGBTQ activist Vladimir Luxuria and others. Best Documentary Script, Writers Guild of Canada; Best Documentary, Nova Scotia Screen Awards.

Beauty explores the lives of five gender-creative kids, each uniquely engaged in shaping their own sense of what it means to be fully human. Whether it’s dealing with bullies, explaining themselves to their parents, or navigating the uncharted waters of relationships, Bex, Lili, Fox, Tru and Milo talk about their experiences and struggle to live in authenticity. Best Documentary Social/Political, Yorkton Film Festival; Audience Choice Award, Reel Pride Film Festival.

Bianca, Treena, Laura, and Caitlin are a stark reflection of the troubling worldwide tendency to criminalize and imprison the most vulnerable in society—those most affected by poverty, addiction, childhood trauma, and mental illness. Together with long-time prisoners’ rights advocate Kim Pate and others, these women collaborate with the filmmakers to answer a deceptively simple question: What would you have needed to avoid incarceration? Through art, photography, filmmaking and poetry, the women inside envision a more ideal world on the outside.

The Doctrine of Discovery, proclaimed over 500 years ago, continues to profoundly impact Indigenous and Settler people worldwide. Pope Alexander VI ruled that the lands being discovered by European explorers at the time was “empty” land and its millions of Indigenous inhabitants were “non-human”.  Canada’s Truth and Reconciliation Commission released 94 Calls to Action in 2015, with many of them referring to the Doctrine of Discovery and calling for its repudiation.

‘Fast fashion’ has taken the clothing industry by storm. Retailers churn out affordable versions of the latest fashions from the runway to the store shelf, and we’re pressured to keep up with the trends. While there is an increased awareness of poor labour conditions in some of these factories, we’re still not talking seriously about how the industry is harming our planet. The fashion industry uses enormous quantities of scarce water and is thought to be one of the worst-polluting industries in the world, falling among the ranks of oil and coal.

Finding Solitude is about saving the alpine, glaciers and forests on Vancouver Island. The film illuminates traditional outlooks, spiritual connections and land use principles of the Ahousaht, Tla-O-Qui-Aht and K’omoks peoples including the cultural history of maintaining healthy territories. Through interviews with scientific, environmental and indigenous cultural leaders, the film explores the importance of these critical eco-systems. Given the current state of the region, what practices will need to be adopted or revitalized in order to ensure the Island’s land is preserved for future generations?  Beautiful cinematography!

The Five Acre Farm in the Harewood area of Nanaimo has a long history of producing local food. It’s one of the last intact farms in BC’s first planned agricultural community.  Samuel Robins, Superintendent of the Vancouver Coal Mining and Land Company had some visionary ideas. In 1884, Robins purchased Harewood Estates, he subdivided the area into five-acre lots and made them available as homesteads, at affordable prices, to mining families. Robins envisioned farming as a way for miners to provide for themselves whenever coal markets were depressed.  Today, this farm provides food and opportunities for a wide variety of people. Sponsored by Cowichan Green Community.

Free Trip to Egypt is a remarkable journey, in which an unlikely group of travelers to the Middle East find themselves transformed by the power of human connection. Tarek Mounib, a Canadian-Egyptian entrepreneur living in Switzerland, is troubled by a world that seems ever more divided and polarised. In response to increasing levels of anger and hatred towards “the other” on American social and broadcast media, he resolves to reach out to the very people who fear his culture, with an intriguing idea. The stories that emerge from these improbable connections are provocative, surprising, funny, magical, emotional, revealing, enlightening, and ultimately life-changing.

In Southern Manitoba, Terry and Monique are pouring their hearts into a small, ecological farm. In love with the land, their methods are derived from generations of farming tradition, along with the best current knowledge of organic farming. Raising crops and several types of livestock, they struggle mightily against a foe their agricultural predecessors never anticipated – global climate change. Sponsored by Cowichan Green Community.

In response to a wave of discriminatory anti-LGBTQ laws in Southern US states and the divisive 2016 election, the San Francisco Gay Men’s Chorus embarks on a tour of the American Deep South. The tour brings a message of music, love and acceptance to communities and individuals confronting intolerance. Over 300 singers traveled throughout the South, performing in churches, community centers and concert halls in hopes of uniting people. The journey challenges Tim and other Chorus members who fled the South to confront their own fears, pain and prejudices on a journey towards reconciliation, sometimes within their own families. What emerges is a vision of a more hopeful US, through the soaring power of music, humanity and a little drag. Audience Award—Documentary, TribecaFilm Festival; Audience Award for Best Documentary and Best Music Documentary (NorthwestFest); Audience Award—Best Documentary (Pink Apple Zurich).

A visually dazzling meditation on the delicate balance between humans and nature, The Guardians elegantly interweaves the lives of the iconic monarch butterfly with an indigenous community in Mexico. Both depend on the same ancient forest for their survival and now face an uncertain future. Migrating 3,000 miles to hibernate in the towering Oyamels, the monarch population faces collapse, hitting a record low of 33 million, down from 1 billion just twenty years ago. In the valley below, the people of Donaciano Ojeda must carve out a sustainable future in their ancestral lands, now part of the protected Monarch Butterfly Biosphere Reserve. Once loggers of this forest, they’ve made a radical decision to stop and to regrow it instead but they now face new threats of illegal logging. Awards, SF Green Film Festival and Berkeley Video and Film Festival.

Hayashi Studio follows the diverse lives that came to Cumberland BC in the 1900s and Senjiro Hayashi, the Japanese photographer who took their photos. Hayashi used his lens to document every race, class and gender.

During internment many of his photos disappeared, some hidden in family attics, others used to make a greenhouse.  Almost a century later the photos were found and exhibited, showcasing a piece of Pacific Northwest history rarely seen.

Nae Pasaran reveals the incredible impact made by Scottish factory workers 40 years ago against the repressive dictatorship of Augusto Pinochet.  In 1974, Bob Fulton, a Rolls-Royce engine inspector, told his colleagues that a Chilean Air Force jet engine had arrived for maintenance and he was refusing to let it go through, in protest against the recent military coup of General Pinochet.  Decades after their defiant stand in protest against Pinochet’s Air Force, these pensioners discover the dramatic consequences of their solidarity. Recently, three of the labour activists were awarded the highest honour which the Chilean government can bestow on foreigners. Best Feature: 28th British Academy Scotland Awards.

nîpawistamâsowin: We Will Stand Up
99 min. 2019
Filmmaker: Tasha Hubbard
🎥 Watch the Trailer

On August 9, 2016, a young Cree man named Colten Boushie died from a gunshot to the back of his head after entering Gerald Stanley’s rural property with his friends. The jury’s subsequent acquittal of Stanley captured international attention, raising questions about racism embedded within Canada’s legal system. Sensitively directed by Tasha Hubbard, the film weaves a profound narrative encompassing the filmmaker’s own adoption, the stark history of colonialism on the Prairies, and a vision of a future where Indigenous children can live safely on their homelands. Colin Low Award for Canadian Documentary, DOXA; Best Canadian Feature, ImagiNATIVE Awards; Best Canadian Feature, HotDocs.

The Superfood Chain explores the story behind the rise of superfoods like quinoa, teff, coconuts, and wild salmon, revealing the ripple effect the superfood industry has on the lives of farm families in Bolivia, Ethiopia, the Philippines and Haida Gwaii. The documentary examines serious issues related to the globalization of superfoods, including unintended effects on food security, health, sustainable farming and fair-trade food practices.

The Tree of Life and Its People
25 min. 2019
Filmmaker: Ria and Lee Milliken

Renowned First Nations carver and multimedia artist Rande Cook says “This story is about our land and all that comes from it. As indigenous peoples, our language, culture and art are deeply rooted to the land.”

Our goal is protection of the land from old-growth logging and land revitalization for the indigenous peoples within their traditional territories. Regarding the cedar tree, Cook says “to destroy that living organism is to take away the essence of who we are.”

Deep in the Great Bear Rainforest, against the backdrop of British Columbia’s breathtaking wilderness, a former hunter comes to terms with his past and looks with hope towards the future. Exploring one man’s evolving relationship with the natural world, Way of the Hunter  tells the compelling story of Robert Moberg, a hunter who ultimately traded his gun for a camera.

Drawn to the rich food sources and quiet waters in the Kitimat fjord system, humpback whales, pods of orca, fin whales, and porpoises eat, play, and raise their young. Whale researchers Hermann Meuter and Janie Wray founded the  Cetacea Lab on Gil Island to study this unique marine environment. As the Gitga’at First Nation struggles to protect their territory, the imminent construction of a new liquefied natural gas (LNG) exporting plant in nearby Kitimat, promises to bring increasing tanker traffic and noise, with unknown consequences. Through sublime cinematography, Leuze immerses us in a truly majestic world and makes an emphatic argument for its preservation. Best Artistic Merit Award, Vancouver Int’l Film Festival.

Conceived and built by the ‘Namgis First Nation, the T’lisalagi’lakw Elementary School holds the deep spirit of Alert Bay, BC.  The students learn traditional songs and dances in anticipation of a year-end Potlatch celebration. For the Elders, teachers and community, this event is a sign of Yalis (Alert Bay) Rising. With vivid west coast imagery, this film reveals one of the best examples of cultural revitalization on the Pacific Coast.